With the spread of covid-19 around the world, it has become more obvious than ever before that the immune system differs between individuals. A major study of blood from 1000 people in France has given some insight into the riddle, using mathematical modelling and theories of automatic control.

Bo Bernhardsson, ELLIIT professor in the Department of Automatic Control at Lund University, realised at an early stage the methods used in automatic control can be used in many other contexts. His doctoral student, Jacob Bergstedt, took his expertise in mathematics and automatic control to the Institut Pasteur in Paris to work on modelling the human immune system, partially financed by ELLIIT.

In the years 2014-2018, scientists worked on the Milieu Intérieur project, using unique data from 1000 healthy people in France. They wanted to use refined statistical analysis to try to understand what it is that makes the immune systems of different people function so differently. Their goal was to investigate the links between the immune system, heredity and the environment, i.e., how both our genes and our surroundings and lifestyle choices influence the immune system.

They have analysed the information using data from flow cytometry (a technique in which one type of cell is sorted out from the total cell population), demographic and clinical variables, and genotype analysis. The large amount of data makes it possible to find as yet unrevealed correlations.

“Several billion hypotheses were examined during the project, and it needed accurate and efficient modelling and statistical methods to come to the right conclusions that were statistically proven and not the result of random effects”, says Bo Bernhardsson. This is where Jacob Bergstedt’s expertise was in de-mand. Together with medical researchers at the Institut Pasteur, he was able to draw some clear conclusions: they identified 15 new mutations in the human genome that influence the immune system. They have shown that women produce more T cells than men, which may explain why women contract influenza and the common cold less frequently, while instead being more suscepti-ble to autoimmune diseases. They have also shown that certain environmental factors have the largest effects on the immune system. Tobacco smoking, for example, impairs the immune system, and older people have less effective immune systems.

“A lot of research remains to be done into the immune system, but we hope that our research will in the long term lead to individualised medication and better medical care”, says Bo Bernhardsson.

The research results from the Institut Pasteur have been published in many prestigious scientific journals such as Nature Immunology, Science Translational Medicine, and Proceedings of the National Academy of Sciences (PNAS). The results have also aroused interest in the Swedish media, such as, for example, the radio program Vetenskapsradion (Därför blir människor olika sjuka) and the newspaper Sydsvenska Dagbladet (Män är mer förkylda än kvinnor – nu vet vi kanske varför). One consequence of this is that ELLIIT researchers have been involved in predicting the spread of the coronavirus, and this work continues today. 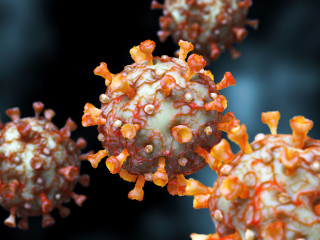 “We have benefited greatly during the pandemic from our work with the French scientists. A group within ELLIIT that includes Fredrik Gustafsson, professor in sensor informatics at Linköping University and Kristian Soltesz, docent in automatic control at Lund University is helping the Swedish regional administrations predict the spread of the pandemic. Collaboration within ELLIIT has been crucial”, says Bo Bernhardsson.

Jacob Bergstedt’s thesis, Statistic Modeling and Learning of the Environmental and Genetic Drivers of Variation in Human Immunity, was presented at Lund University in 2018. Jacob Bergstedt continued after presenting the thesis as a postdoc at the Institut Pasteur, and is now at Karolinska Institutet.