The Visionen arena at LiU is a large modern research arena with an indoor positioning system and projectors directed towards the floor and (currently) one wall. The facility is by its combination of size and technical capabilities in terms of combined positioning and projection, a nation-unique research and demonstration arena for autonomous systems such as drones and ground robots. Furthermore, it invites for advanced motion capture and interaction with AI systems through, e.g., body gestures.

The arena offers an obstacle free volume of size 12x12x8 meters which invites for agile experiments both on the floor as well as in the air. Positioning of objects inside the area is performed using a Qualisys marker-based optical motion-capture system, which offers a very high accuracy in the estimated pose of tracked objects made available to systems in the arena in real-time. Virtual visual worlds can be built up in the area by projecting on the floor and one wall. As an example, roads where miniature autonomous vehicles move can be projected and data from these physical systems can be augmented in real-time at the position of the physical robot. This brings both an impressive presentation as well as good possibilities for understanding the algorithms used in the physical systems.

Currently, the arena is upgraded in terms of motion capture system performance as well as in terms of the immersive experience offered by the projection system. 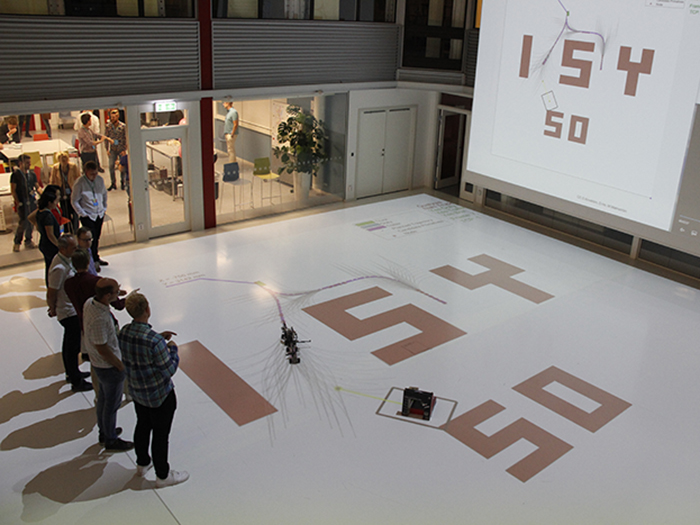