In the current noisy intermediate-scale quantum (NISQ) era, quantum machine learning is emerging as a dominant paradigm to program gate-based quantum computers. In quantum machine learning, the gates of a quantum circuit are parametrized, and the parameters are tuned via classical optimization based on data and on measurements of the outputs of the circuit. Parametrized quantum circuits (PQCs) can efficiently address combinatorial optimization problems, implement probabilistic generative models, and carry out inference (classification and regression). They can be instantiated within actual quantum computers via cloud-based interfaces accessible through several software libraries — such as IBM’s Qiskit, Google’s Cirq, and Xanadu’s PennyLane.  This talk will provide a short introduction to quantum machine learning by describing the general methodology, PQCs, as well as applications to unsupervised and supervised learning. Current research on hybrid quantum-classical models and quantum error mitigation will also be summarized.

The presentation will cover how Saab is working understand customer needs and how to embrace new technologies to fulfill those needs. It will also cover Saabs approach to research in relevant areas.

This presentation will provide an overall picture on the R&D organization and activities within ABB in general and Sweden in particular. It will also touch upon the main challenges and corresponding needs for further research and development. 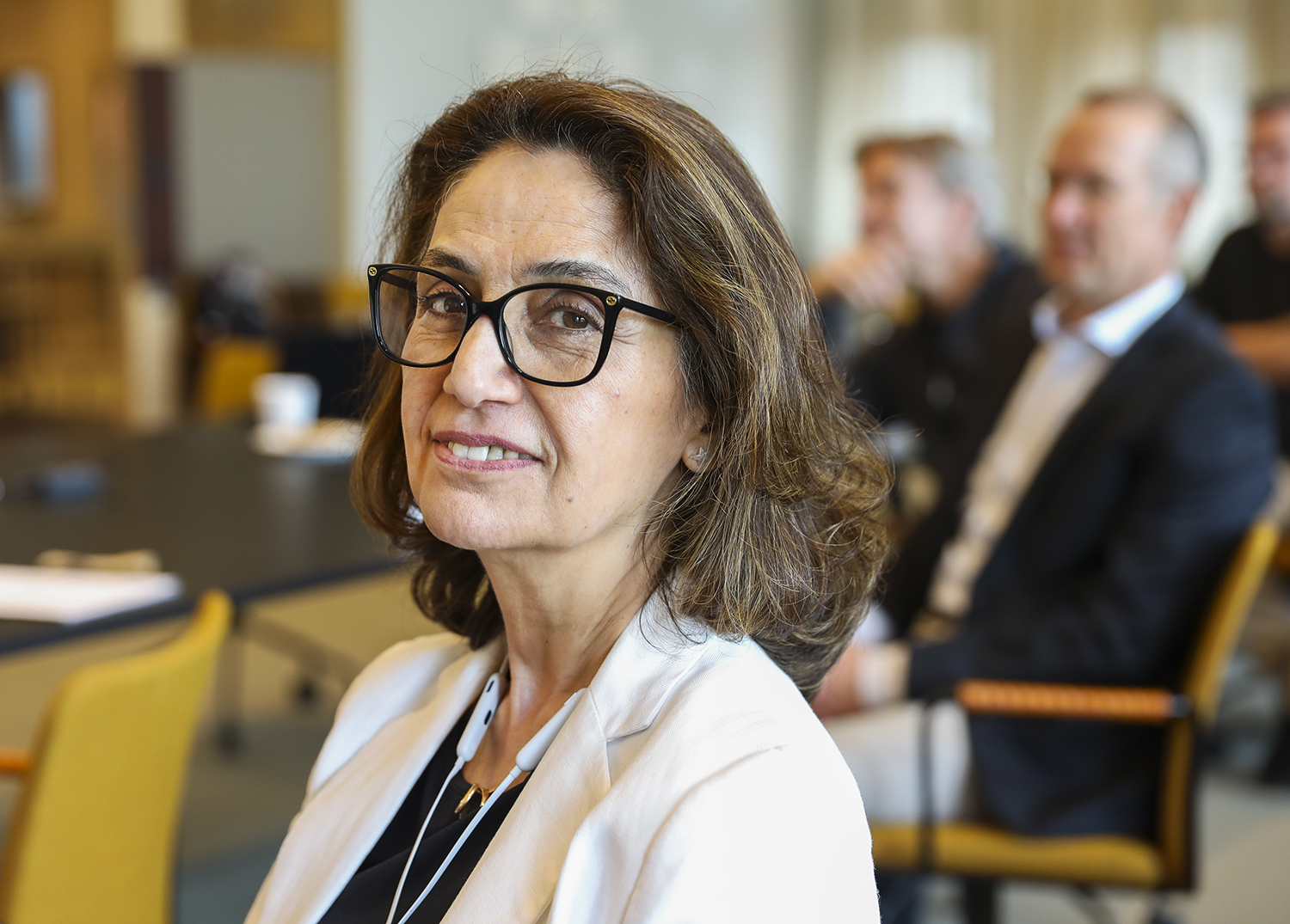 Probabilistic programming draws on ideas from artificial intelligence, statistics, and programming languages. It attempts to combine these ideas in a manner that builds on their respective strengths. In this talk, I will discuss how we can integrate deep learning and importance sampling to perform inference in probabilistic programs. This approach has tremendous potential to make inference scalable, but requires model-specific designs for networks and samplers. I will show how programming language abstractions can make the design of these components more practical and accessible by allowing us to reason compositionally about importance samplers. This opens up opportunities for new model and inference designs, both in the context of simulation-based inference and in the context of deep generative models.

11:45-12:10 Marco Kuhlmann (LiU), What Do Neural Language Models Learn about Language, and How Can We Even Know?

Session 1: Short presentations of research currently performed outside of ELLIIT:

The presentation of ELLIIT projects includes:

This talk will provide an introduction to the fields of information visualization and visual analytics, which focus on interactive, human-centered approaches for exploration and sensemaking with data that may often be of abstract, complex, and high-dimensional nature. Visual analytic techniques and tools aim to combine interactive visual representations with computational approaches such as machine learning models to provide the best of both worlds to the analysts. In this talk, we will provide an overview of the basic concepts, techniques, and challenges in visual analytics as well as examples of domain applications with real-world data, which will hopefully serve as an inspiration for ELLIIT researchers and open up opportunities for future collaborations.

There are a wide array of different data available in the medical domain: i) patient data available in hospital records, such as diagnoses, lab tests, images, etc; ii) data from wearable sensors such as activity clocks and smart phones; iii) prior knowledge and small-scale data from biological papers; iv) large-scale databases with thousands of patients characterized in a consistent way; v) omics-data, which measures all genes or proteins in a cell; etc. In this talk, I will give an overview of how we collect, analyze and integrate all of these data sources using a hybrid modelling approach. The approach includes a variety of different mathematical models, coming from bioinformatics, mechanistic multi-level modelling, and machine learning. Finally, the data and models are visualized and made interactive using new digital twin technologies, making use of morphing of medical images, animations of realistically looking meta humans, etc. These new models, data, and visualization possibilities make up a shared backend, which can be used by apps across the entire health journey: from education, exercise, and edutainment, to healthcare, rehabilitation, and eldercare.

One of the first fully quantitative distance matrix visualization methods was proposed by Jan Czekanowski at the start of the previous century. Recently, a software package, RMaCzek, was made available that allows for producing such diagrams in R. We will present the mathematical background behind the creation of these visualizations and illustrate it with some examples, including one with hierarchically (phylogenetically) dependent data.

Social media are important sources of data for research on information diffusion with applications in e.g., marketing or politics, such as predicting whether an item will go viral or from where to broadcast a message so that it reaches as wide an audience as possible. The openness of many social media platforms enables us to observe how information spreads at scale in social networks.

Through the Twitter API, we collected and analyzed around ten thousand tweet conversation threads, including retweets and quote tweets, for a total of 38 million tweets. First, we used dynamical models to describe the accumulation of interactions in conversation threads. Ideas and information travel fast, and the distribution of attention received by tweets is heavily skewed. The average tweet receives a handful or no interactions at all, and a few receive massive number of responses and shares. Tweets that get significant engagement typically receive interactions rapidly in a relatively short period just after the post, and then at a comparatively slower pace for the rest of its life span. Interactions in many conversation threads can be described by a second order linear model, where the two time constants describe the rates of decay in interactions. In addition, we explored the impact of influencers on the spreading of the conversation, defining an influencer as a user with many followers relative to other users in the same conversation and on all other users on Twitter. We find a positive correlation between the increase in interactions towards a tweet after an influencer shares the tweet and the number of followers of the influencer. Influencers tend to appear right around or before an increase in conversation activity. A large follower base is no guarantee of consistently spreading information but does seem to noticeably affect engagement.

15:30-16:00 Panel discussion – What are the most promising research topics in Cybersecurity?