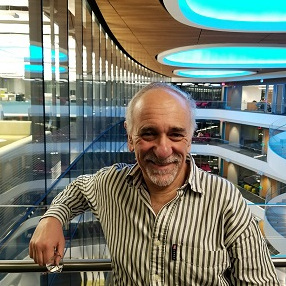 Eduardo Sontag has authored over five hundred research papers and monographs and book chapters in the above areas with over 47,000 citations and an h-index of 97.   He is in the Editorial Board of several journals, including:  Cell Systems,  IET Proceedings Systems Biology, Synthetic and Systems Biology, International Journal of Biological Sciences, and Journal of Computer and Systems Sciences, and is a former Board member of SIAM Review, IEEE Transactions in Automatic Control, Systems and Control Letters, Dynamics and Control, Neurocomputing, Neural Networks, Neural Computing Surveys, Control-Theory and Advanced Technology, Nonlinear Analysis: Hybrid Systems, and Control, Optimization and the Calculus of Variations. In addition, he is a co-founder and co-Managing Editor of the Springer journal MCSS (Mathematics of Control, Signals, and Systems).

He is a Fellow of various professional societies: IEEE, AMS, SIAM, and IFAC, and is also a member of SMB and BMES. He has been Program Director and Vice-Chair of the Activity Group in Control and Systems Theory of SIAM, and member of several committees at SIAM and the AMS, including Chair of the Committee on Human Rights of Mathematicians of the latter in 1981-1982. He was awarded the Reid Prize in Mathematics in 2001, the 2002 Hendrik W. Bode Lecture Prize and the 2011 Control Systems Field Award from the IEEE, the 2002 Board of Trustees Award for Excellence in Research from Rutgers, and the 2005 Teacher/Scholar Award from Rutgers.