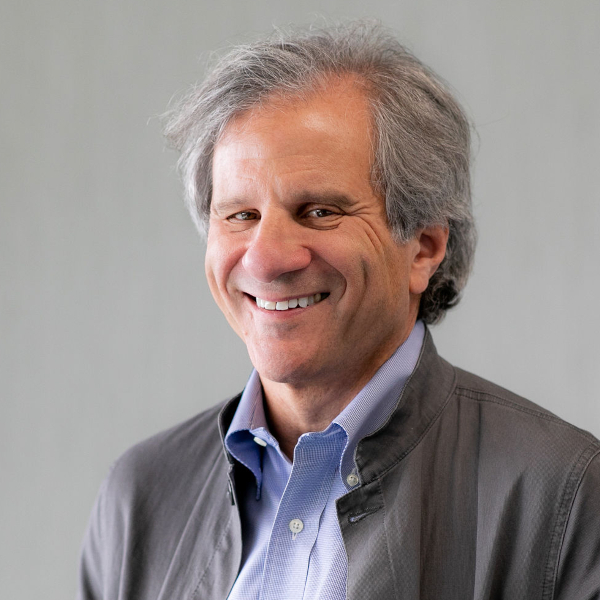 Ira Mellman came to Genentech in 2007 after more than 20 years as a faculty member at the Yale University School of Medicine, where he was chair of his department, a member of the Ludwig Institute for Cancer Research, scientific director of the Yale Cancer Center, and Sterling Professor of Cell Biology and Immunobiology. Dr. Mellman has an AB from Oberlin College & Conservatory and a PhD in Genetics from Yale, and was a Fellow at the Rockefeller University with Ralph Steinman. Dr. Mellman’s laboratory is known not only for advances in fundamental cell biology in the area of membrane traffic (notably, the discovery of endosomes) and for applying these insights to understanding the cellular basis of the immune response.  Of particular importance to cancer immunotherapy have been his laboratory’s pioneering contributions to elucidating how dendritic cells initiate immunity or maintain immune tolerance.  Recently, his group has turned to elucidating how T cell signaling is regulated by immune checkpoints, and how personalized cancer vaccines and cell-based therapies can be used to enhance anti-tumor T cell responses.  Ira ran all of oncology research at Genentech until the end of 2013 when he decided to concentrate his efforts on cancer immunotherapy and became Vice President of Cancer Immunology.  His group was responsible for having brought Genentech’s anti-PD-L1 antibody, Tecentriq® (atezolizumab), to the clinic, an approved blockbuster drug for a growing list of indications including bladder, triple negative breast cancer, small cell lung cancer, and non-small cell lung cancer. Ira also oversaw the discovery and early development of cancer vaccine programs directed against patient-specific mutant neo-antigens using mRNA (in collaboration with BioNTech; now in Phase II) and DNA (in collaboration with Vaccibody) based platforms, tiragolumab (anti-TIGIT, now in pivotal trials), Cotellic® (MEK inhibitor cobimetinib), mosunetuzumab (anti-CD20/CD3 bispecific, now in pivotal trials), and ipatasertib (Akt inhibitor).

Ira is a member of the US National Academy of Sciences, American Academy of Arts & Sciences, the European Molecular Biology Organization, and the former Editor in Chief of the Journal of Cell Biology.  He has also served on the editorial boards of Cell, the Journal of Experimental Medicine, EMBO Journal, OncoImmunology among others, and is the recipient of many named lectureships, honorary professorships, and awards, including Yale University’s Wilbur Lucius Cross medal and the 2019 Leadership Award in Cancer Immunology from the American Association for Precision Medicine.  He has also served on the boards of AACR, SITC, the ASCB, the Melanoma Research Foundation, and the Cancer Research Institute.

Ira also remains an ex-musician and frustrated composer and songwriter whose most recent work explores the underinvestigated genre of “bio-rock”.